I meant to write something on Tuesday, but waiting gave me something really good to write about – not that it’s not usually good. But this is gooood. It’s about Derek Jeter getting into Cooperstown almost unanimously.

This means that everybody but one voter was enthusiastic about the former Yankee being voted into the Hall of Fame on his first-ever ballot. And because the world is the way that it is and people love stupid controversy, a lot of writers are focusing on the .3 percent of the vote he didn’t get, not the 99.7 that he did.

And boy is that relatable! I am happy to say that I am mostly well liked, that as far as I know, the public opinion of me, such as it is, is positive. More than positive. But like most humans, my brain and heart can’t let go of the small portion of attention I get that is negative. Most of the time, it’s racist trolls on the Internet and that’s cool to ignore, because they’re like the guy who booed everybody at the 1990 Zeta Phi Beta “Showtime at the Apollo” show I did at the University of Maryland where I only sang one verse of “When I Fall In Love” so I could get out quick – they exist to boo people and you can’t take that personally.

It is possible that the one voter who didn’t go for Mr. Jeter is a troll, that they’ve gotta be different, that they doesn’t believe in unanimous ballots, because everyone’s gotta work for it. Maybe they’re just a jerk. Or maybe they really don’t think he’s earned it. Which is weird, because…Derek Jeter.

But sometimes we feel how we feel. And I try to remember that in my life – whether it’s readers or critics or co-workers. You are not everybody’s jam. And that’s OK. Even when you’re 99.7 of the people’s jam, you want to close in that number, but you can’t. It’s not realistic.

So what do you do with that? Decide that your worth is based on who you know you are, that your efforts are solid, and that if it’s important to achieve things based on other people’s opinions – like a new job or Miss America or the Hall of Fame, you have to trust that you’ve done enough. That you know who you are and that you are good. When I started pitching my book “Black Widow” I knew that everyone was not going to like it or get it. I got turned down about 15 times before an agent said yes. And we got turned down probably the same amount of times to sell it before two publishing companies made an offer.

What I’m saying is that you can’t sweat everyone not loving you. Even Derek Jeter has said that he doesn’t care who that “no” voter is, and that he’s focusing on being appreciated and voted in and loved. I had a review last week from the notoriously picky Kirkus Review that mostly liked the book but had to mention that “Black Widow” wasn’t “a top-shelf” grief memoir. And you know what? That’s fine. The reviewer’s praise was not complete. But it was solid. I don’t have to be top-shelf. Not everyone needs the Ritz-Carlton. I am happy to be the Courtyard By Marriott of grief memoirs. Comfy, clean and gets it done.

And when we focus more on getting it done than being universally beloved, I believe we get more right.

Imagine that you had a friend – or someone claiming to be your friend – who took every opportunity to remind you and anyone who might think you’re awesome that, well, you’re actually not. For your own good, of course.

Say someone congratulates you on finishing the 10K you’ve been training for, and your “friend” jumps in and says “Well, she finished third from last and she got dusted by like eight old ladies and a guy pushing a stroller with giant triplets, but she thanks you!” Or when a co-worker tells you that it looks like you’ve lost weight, and your “friend” buffalos her way between you to confess that you’re actually fat and, in fact, have just pulled your entire face out of a container of Halo Top. Hey it’s an email list

You know how they say some people can’t take a compliment? Your “friend” intercepts them, wraps them in a big ol’ bow of negativity frosted with a thin layer of plain-spokedness and sweetness, and then lobs them back at your head, all the while explaining that she’s just trying to keep you humble. That you’d be more relatable if you were more self-deprecating, more chill about your accomplishments. You know, so people like you more!

This person, of course, is a bad friend. She sucks. She won’t allow you to luxuriate in the joy of any moment, of any triumph, of any anything, under the guise of keeping you humble. Of not scaring people away. Of not being conceited. Of course, big-headed conceited people exist, but this friend won’t let you own your victories, keeping you small and even managing to make anyone who compliments you feel like an idiot for saying anything. You probably wouldn’t let some chick do this to you.

So why do you do it to yourself?

Vocabulary.com defines a self-deprecating person as someone who “knows her own weaknesses and shortcomings and isn’t afraid to point them out, often in a humorous way.” Seems harmless enough, right? We like people who can laugh at themselves and try to make others more comfortable. It’s even been said that a self-deprecating sense of humor can be a sign of a good leader. But the slope between laughing at oneself and beating oneself up is slippery business, and for women, who are traditionally socialized to believe that our femininity requires humility and a slavish commitment to everyone else’s comfort at the expense of our own, it’s all the more covered in axel grease and banana peels.

As the release of my first book, “Black Widow,” gets closer, more and more people are telling me how cool the prospect of publication is. And I find that even as a 48-year-old woman who knows how hard I’ve worked in the wake of my widowhood and single motherhood, and as a proud survivor in the turbulent world of print journalism, it’s hard not to smile shyly and say “Oh, thank you, but lots of people write books.” WHY WOULD I DO THAT? Do you know how hard and how long I’ve worked on this thing? Do you know how difficult is was to basically stab myself in the gut and bleed that out onto a page? I mean, no one expects me to say that in cocktail conversation, but there’s no reason to act like I jotted it down on a Publix receipt and handed it to my editor along with my shopping list. It was a feat to write it, find an agent, get a deal and now seeing it through to publication. Why do I feel the knee-jerk need to downplay that for some supposed sense of relatability?

Elle.com UK writer Katie O’Malley wrote that her tendency towards self-deprecation was, on the surface, about “vulnerability and authenticity,” as well as a way to point out her own flaws before anyone else can. “But… and it’s a big ‘but’…,” she wrote, “in highlighting our insecurities, putting down our talents, and striving for the laugh instead of congratulation, could we not just be cementing a negative narrative about ourselves? At a certain point, if you call yourself ‘stupid’ enough times, you’ll start to believe it and so will other people.”

In the words of Milli Vanilli, girl, you know it’s true. And it’s hard to stop, once you get going, like a reflex as sharp and as involuntary as if we’d been hit in the knee with one of those little rubber hammers by our doctor. For me, I think that impulse comes from a lot of places. It’s that previously-mentioned societal pressure on women to downplay our awesomeness, an insecurity that dates back to being an awkward, goofy kid with bifocals who didn’t know when to shut up, and even an affinity for self-deprecating comedians, from Joan Rivers to Jeanane Garafolo to Wanda Sykes, who draw laughs from pointing out their own flaws, their aging faces, their dating disasters and other weirdness. Being able to accept and laugh at those things is great, but at what point does it put a stopper in our greatness?

Years ago I asked Barbara Corcoran of real estate empire and “Shark Tank” fame what she might have done differently at the start of her career, and she told me that she “would have learned earlier to take credit for it. You see men — it starts when they’re boys on the playground — who yell ‘I’m king of the mountain’ when they’re just halfway up. Women can have gotten up the mountain, built a house and had to paint the kitchen, and still say ‘I think I’m queen of the mountain?’ I would have owned it sooner.”

Boom. We as humans, particularly as human women, have got to stop believing that it’s somehow unseemly – unladylike, even – to own our own success, whether that’s building a company or building a Hot Wheels track at 5 a.m. on Christmas morning without cursing too loud and waking your kid up. We have to learn to accept praise with a simple “Thank you,” without following it with “…but it wasn’t a big deal.” Better yet, when someone says “That must have been so hard,” we have to learn to say “Yes! Yes it was!” We have to learn to be comfortable with our own awesome.

Otherwise, we’re being bad friends to ourselves. And as we’ve already discussed, no one needs friends like that.

Well hello, my name is Leslie. And I like to do writings. 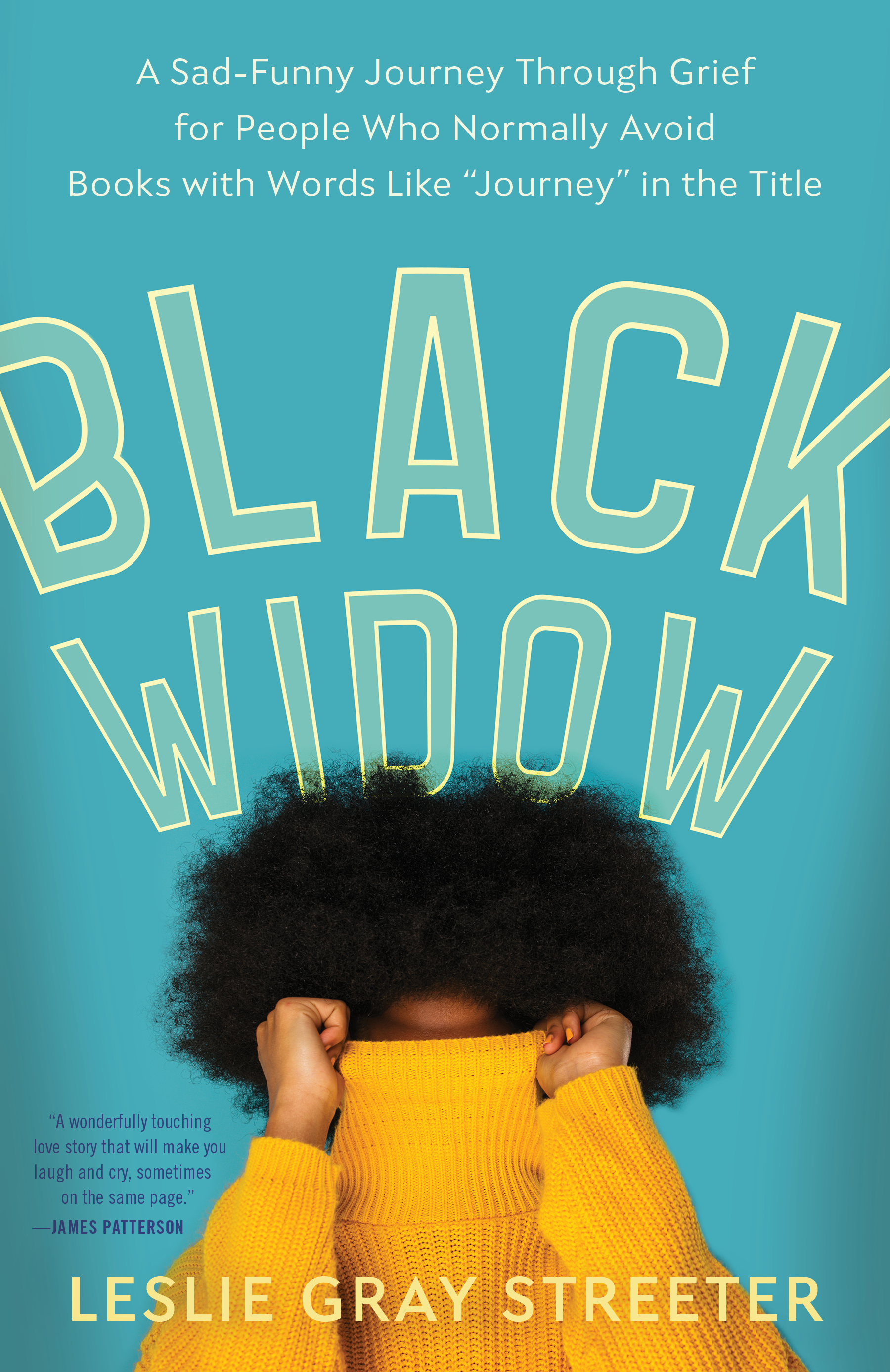 Sign up for my email list for my newsletter with book news, cool things and whatever's on my mind that day. 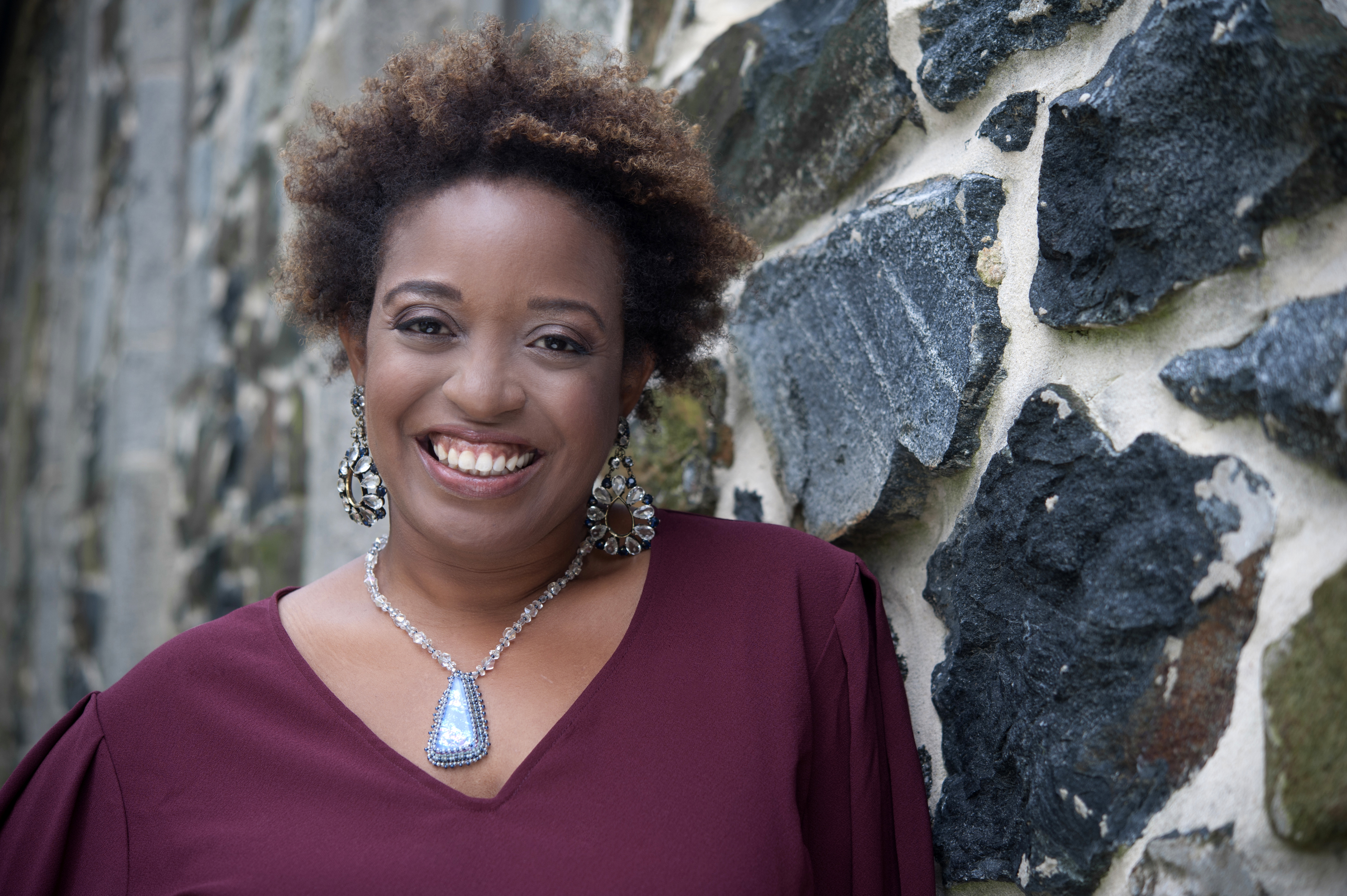 I'll show you a behind-the-scenes look of how I launched my first product.