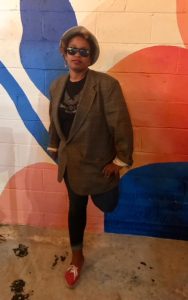 Watch Leslie on “The Today Show!”

Leslie’s written for publications like The Washington Post, O, The Oprah Magazine,  The Palm Beach Post, The Atlanta Journal-Constitution, The Seattle Times, Modern Loss, The Sweet Midlife With Lynne and Leslie, and New Musical Express,  and has been featured on Huffington Post, FoxNews.com, in The Miami Herald, The New York Times and other sites.  She’s a playwright, whose goofy-smart Christmas play “The Gift of the Mad Guy,” has been featured by Annapolis, Md.’s Building Better People Productions and others. She is also a contributing editor for Modern Loss. “Black Widow,” her first book, a memoir about her widowhood,  was published in March 2020 by Little, Brown and Company. It’s a whole thing. Read all about it.